9 December 2020
Publication marks International Anti-Corruption Day
Dublin, 9 December 2020
Download the Report
Highlights include…
Anti-corruption organisation, Transparency International (TI) Ireland has published its third Speak Up report based on data collected from over 566 callers to its Speak Up Helpline from 2017 to the beginning of 2020. The Helpline has offered free support to over 1,700 clients including witnesses of wrongdoing and whistleblowers since 2011. Since the enactment of the Protected Disclosures Act in 2014, TI Ireland has seen a 123% increase in the number of calls to its Helpline from whistleblowers.
The report finds that the biggest volume of calls alleging whistleblower retaliation came from the Health sector. Almost 40% of Healthcare whistleblowers who contacted the Speak up Helpline between 2017 and 2020 reported that they were penalised after raising concerns of wrongdoing. This is significantly higher than the average rates across all sectors (24%). Whistleblowers from the police sector reported similar rates of whistleblower retaliation (38%). The sector with the third highest rates of whistleblower reprisal was Banking and Finance (30%).
‘The Covid-19 pandemic creates the conditions in which corruption can thrive and whistleblowers will be critical to identifying and addressing wrongdoing. They continue to face retaliation for speaking up and this continues to be the biggest barrier to reporting wrongdoing’, said John Devitt, Chief Executive of TI Ireland. 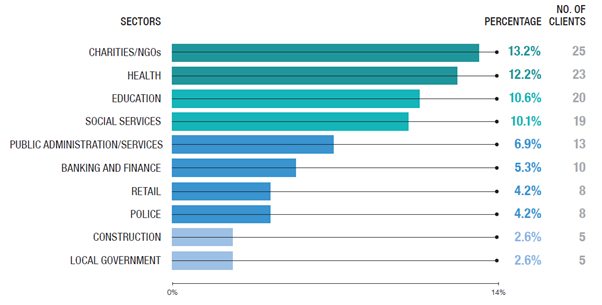 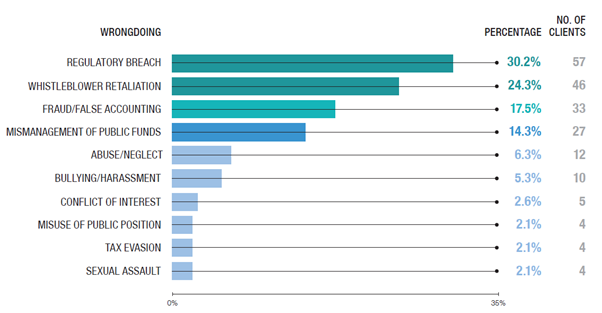 ‘It would be misleading to suggest that the increasing number of calls from any particular sector points to bigger problems. Indeed, it might suggest that those sectors are more proactive in promoting whistleblowing or that staff feel safer in speaking up. Nonetheless, it should be remembered that no employment sector is immune from wrongdoing and every employer has a duty to see that their workers can speak up without fear of reprisal and that timely action is taken in response to concerns’, added Mr Devitt.
The report also highlights key developments in both legislation and case law. TI Ireland worked closely with its partners at Transparency International, the Whistleblowing International Network and Brussels-based trade unions in successfully lobbying for the EU Whistleblowing Directive which will take effect in late 2021. Among the measures it will introduce will be a requirement on all employers with more than 50 staff to establish whistleblowing procedures and a reversal of the burden of proof requiring employers to show that they did not penalise a worker for making a protected disclosure.
The report also points to poor outcomes for workers taking cases before the Workplace Relations Commission (WRC) or the Labour Court. Only 8% of cases filed before the WRC or Labour Court during the reporting period were successful.
The total share of callers who identified their location as Dublin increased significantly over previous years, while there was a substantial decrease in the number of callers who came from Cork. However, not all callers felt comfortable disclosing their location. 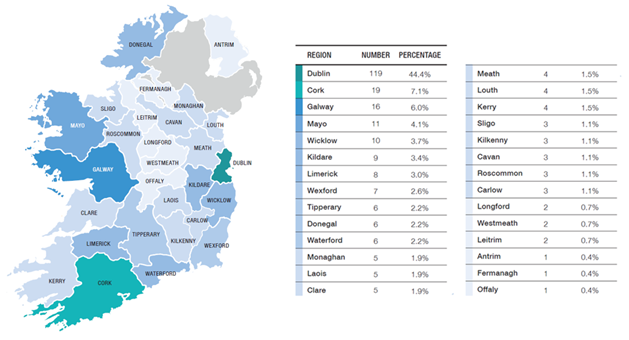 The Speak Up Helpline handled more calls and general requests for information and referral from the Education sector during the reporting period. The number of callers concerned about the sector increased by 10%. There was a marked increase in the number of whistleblower callers from the sector (35%). The most common concern raised by whistleblowers from this sector was mismanagement of public funds. The Police and Health sectors generated the second and third highest number of calls to the Helpline including both whistleblowers and service users. 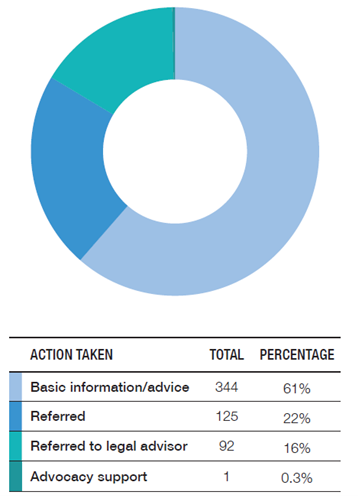 The report also notes that 28 organisations joined the Integrity at Work initiative which provides practical support and guidance to employers and regulators in developing speak up systems, as well as signposting workers to TI Ireland’s Speak Up Helpline and TLAC. These organisations included 12 agencies sponsored by the Department of Justice and Equality and three Institutes of Technology sponsored by the Department of Education and Skills.
Although the report does not cover the recent publication of the Hamilton Review of structures and strategies to prevent economic crime and corruption, it does summarise its submission to the Review. TI Ireland has welcomed the recommendations of the Hamilton Review which reflect most of TI Ireland’s own proposals including the creation of an Advisory Council on economic crime and corruption and a Joint Agency Task Force. The Review did not recommend the creation of an independent National Anti-Corruption Bureau with significant ring-fenced resources which TI Ireland has suggested will be necessary if sensitive political corruption cases are to be effectively investigated.
Among the recommendations arising from TI Ireland’s report is the reintroduction of the Public Sector Standards Bill 2015 which would have replaced the Standards in Public Office Commission (SIPO) with a Public Sectors Standards Commissioner and required the disclosure of additional financial interests by office holders and public representatives. The report also calls for proactive intelligence sharing among law enforcement agencies to detect corruption and economic crime, in addition to new education and awareness-raising measures on the risks and costs associated with corruption.
Ends
Media contact
Niamh O’Connor – noconnor@transparency.ie
Notes for editors:
CLOSE
DONATE